Israelite Bay is strictly for 4WD anglers only as the road in is made up mostly of soft sand. Once at the bay you can drive on the hard pack sand to find a deep gutters for fishing, however avoid piles of seaweed while driving.

Israelite Bay is a relatively calm shallow bay and beach launching of small boats is possible, where just offshore the fishing is great for Whiting, Salmon and Herring.

Fishing is generally better around Point Malcolm and 40miles beach (The beach south), which is around 25km south of Israelite Bay.

The Salmon fishing around Point Malcolm, 40mile beach and Israelite Bay is great all year round. Driving along the beach is a great way to find schools of fish. The best method to target Salmon is with Metal Slugs, however Poppers and sinking Stick-baits can produce some fantastic visual fishing at Israelite Bay.

Israelite bay also fishing well for Mulloway and Herring, Mulloway are best targeted at night with vibe type lures and long casts into the surf. The best method is to locate deep channels during the day and return at night.

The Herring run follows after the Salmon run however Herrings are available all year around.

Camping is available at Israelite Bay and Point Malcolm.

Share this with your mates. We hope you start catching a few fish at Israelite Bay!

Boats The crews who put in the miles and ventured well east of town scored bigger nannygai than those who worked the waters south of Woody Island. The waters east of town... Read more

Fish currently being caught in the Goldfields / Esperance region May, 2017

$12.00
Select options
Suited for the Area.
Good for: Australian Salmon

$15.99
Select options
Suited for the Area.
Good for: Australian Salmon 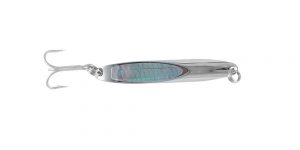 Read more
Suited for the Area.
Good for: Australian Salmon